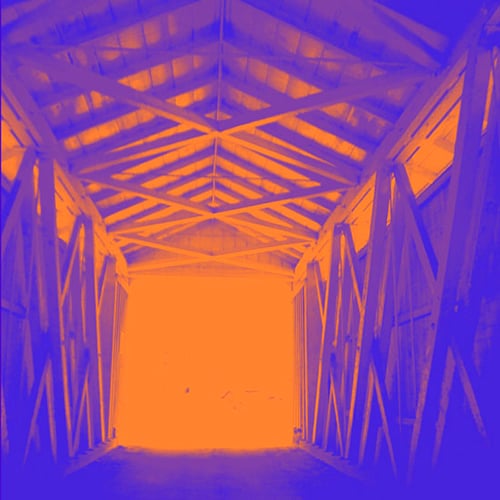 Psychic Frost is the new duo project from Pittsburgh-based sonic insurrectionists Mike Tamburo and Matt McDowell; while both are better known for their solo work, they’ve also played together in various forms for over a decade. This is their first recorded outing under the PF banner, and it’s a doozy – a pair of lengthy (side-long, they used to call ‘em) pieces of form-extension and -destruction, the first an epic composition for two guitars and effects, with modular sections shifting from dual fingerpicking to walls of looping noise and beyond; the second a live recording for amplified hammered dulcimer and what sounds like an electric oud, exorcising the demons via intense improvisational interplay on a modal theme of indeterminate Eastness. Best experienced via full-body immersion, so check your short attention span at the door and get ready to, as they say, “Taste the Frost”. Two tracks, 43 minutes.