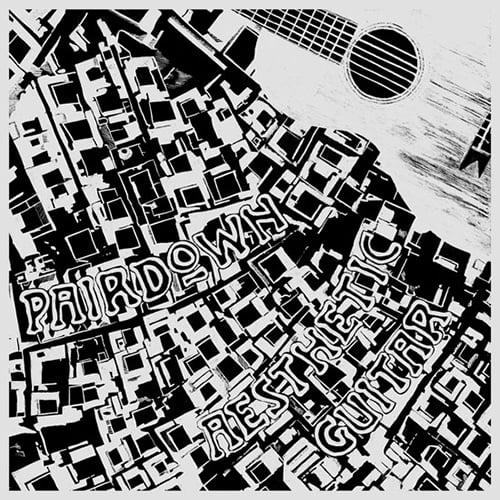 Raymond Morin and David Leicht are Pairdown, a Pittsburgh-based acoustic guitar duo much respected by their peers but criminally underrepresented in recorded form. ‘Aesthetic Guitar’ began life as a self-released CDR EP in 2012, but this new version finds the disc expanded to double its original length, a diverse set of studio and live recordings that showcase the full range of the pair’s considerable skills in both song and instrumental formats. Stylistically, Pairdown sidesteps the post-Fahey/American Primitive raga-isms common in fingerstyle guitar these days, instead drawing on sources both within the six-string tradition (Kottke, Grossman, Renbourn, Dave Evans) and well beyond it (Ellington, Satie), folding those influences into a rich set of baroque miniatures and distinctive compositions that stand shoulder-to-shoulder with anyone working in the field today. 16 tracks, 44 minutes.