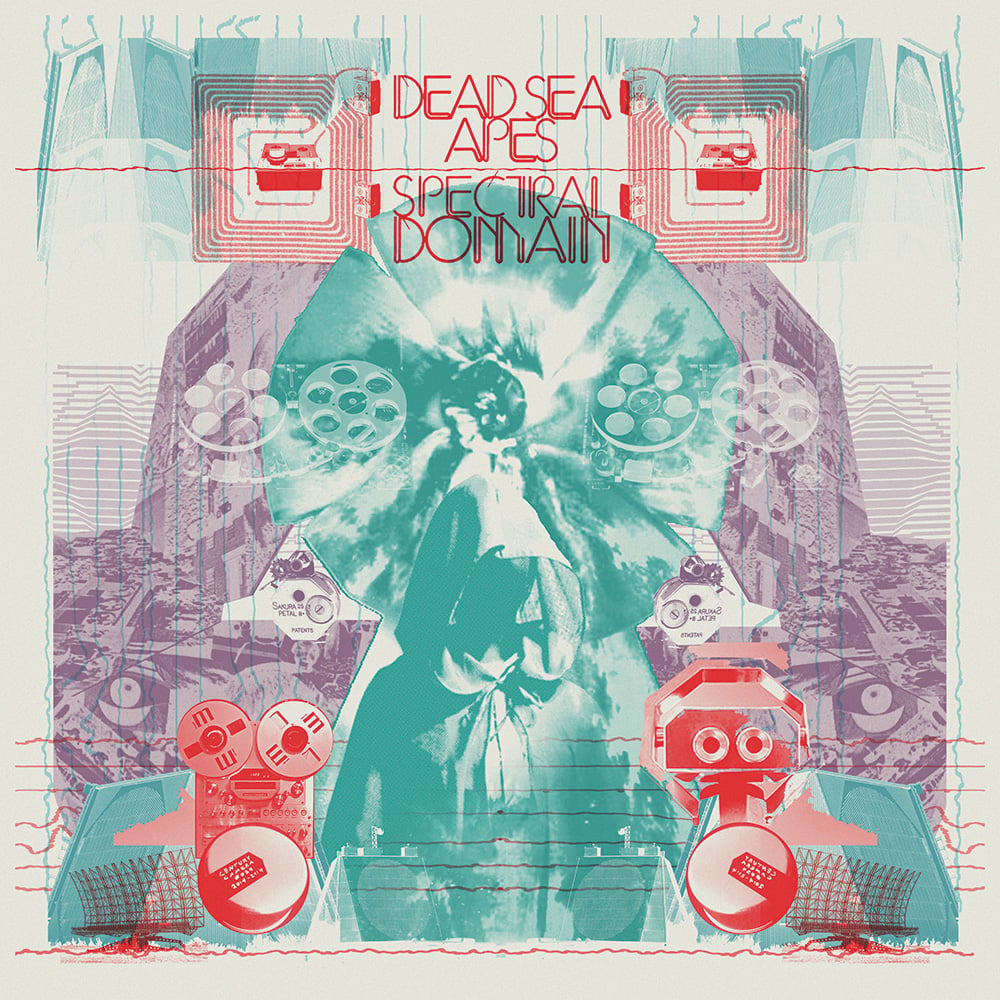 “… the extraordinary ‘Sixth Side Of The Pentagon’ opens up on a higher dub plane, the very essence of marijuana fuelled conspiracy is thrust right back at you in a heady haze of stunning musicianship. Unlike anything the band have attempted before, it presents a side of Dead Sea Apes which allows them to expand down multiple routes in the future. Guided by the throbbing bass, they use space and expanse in their sound to create an almost slight yet heady piece of music which revels in it’s complete embrace of all things dub.”—Echoes and Dust

Manchester’s Dead Sea Apes have quickly built a fascinating catalog that has breadth enough to house their shape-shifting bulk and is rife with the promise of growth and exploration. From the riveting stomp of ‘Soy Dios’ and ‘Astral House,’ to the enigmatic ebb and flow laden ‘Lupus,’ and straight through to their stunning collaboration with Black Tempest, ‘The Sun Behind The Sun,’ Dead Sea Apes have bewilderingly avoided categorization. You may not know what they are, but you certainly know who it is when the sounds begin to generate. Equally capable of crushing weight and a mesmerizing nimble agility as well as fragility, Dead Sea Apes are about evolution: process defined with no limits. Transformation continues with the follow-up to the critically acclaimed ‘High Evolutionary.’

Co-released with Cardinal Fuzz Records. in an edition of 500.

Available as a download only directly from Dead Sea Apes.